© Nippy Blair 2015. Posts and pictures on this blog cannot be copied, downloaded, printed, or used without the permission of the blog owner, Nippy Blair

Luke 6:18 Those troubled by evil spirits were cured.

The yard was bare of any grass. There were chickens scratching about on the hard, dry earth enclosed by a fence that long ago had lost all of its usefulness.
﻿

The house had seen better days but still had a little life left in it...maybe.
The sign, crudely painted on an old sheet of plywood in the front yard said: Madame Zulu Voodoo Jones, Faith healer, Palm Reader, Treater of all illnesses, Remover of the Devil, Reader of the stars. 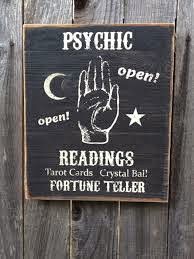 
I had passed this forlorn place many times while traveling down highway One, only to laugh at the ignorance of others who might have stopped there. This time, curiosity got the better of me and I stopped, laughing to myself.


The old hound dogs greeted me, at what used to be a gate, before I could get out of the car. One obviously had recently given birth to a litter from the looks of her and the fact that seven pups were chasing closely behind.
The other looked as if he could tear the tires right off the vehicle if so inclined - he must have been their daddy. 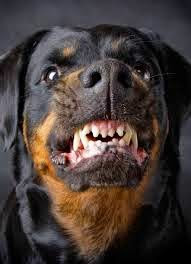 The brutish dogs began making their rounds, barking and growling and relieving themselves  on my right rear tire While the mother sat there scratching and trying to make the puppies leave her alone. 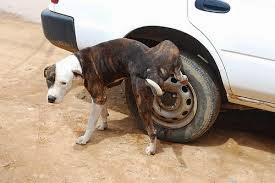 Someone came out.  I rolled down my window enough to speak. “Is Madame Zulu in,” I shouted, “I would like…..” “Yes, yes, don’t leave. I will get her,” interrupted the animated woman, on the porch, as she spat upon the ground. “Get out of the way, dogs, we got company,” she hissed. I waited while the guards continued manning their post. 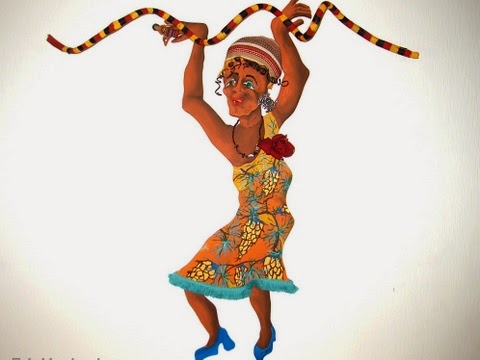 About ten minutes later, the same woman, or her twin sister, returned dressed in a garish dress, wrapping a bandanna around her head. She tugged at the tight skirt and rolled it up enough to walk barefoot over the chicken droppings while fastening a metal belt made from beer tabs around her waist. In her best “Haitian” accent she began a singsong monologue as she ushered me upon the porch while kicking the dogs away. “Welcome, welcome, mon amis. Yes, I am the Madame. Welcome, welcome. Yes, I can read your palm. I can tell you do not need a healing for you have no major illness. 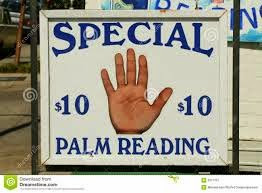 
I smiled my best nervous smile and explained that I did not wish a reading today and did not have $10.00. I mainly wanted to know her prices for future references.


She turned on me with a vengeance that would make the devil himself take notice and forgetting her Haitian accent cursed me for interrupting her soap opera. She shoved me away while she called the dogs and reached for a broom. I twisted my ankle as I stumbled down the steps, landing right in the middle of fresh chicken droppings. The dogs surrounded me, barking madly, while she swung wildly with a broom barely missing my head several times. She continued swinging and cursing as I stumbled over the chickens, causing them to cackle and flutter around my head, scratching my neck. I crawled over the bare ground and what was left of a gate barely making it to the car. The male dog tore my bluejeans while the female stole my shoe. I sat there in total distress with chicken feathers and chicken poo all over my body.   She cursed and demanded I leave.


As I drove away, I saw her removing her wig and bandanna while tugging at the skirt, slamming the remains of her screen door and cursing at the top of her voice. “Nosy old white trash, interrupting my program. Hope the damn dog bit him good, yes sir, interrupting my program. Dirty white trash. How can a woman make decent money with people like that.”
Posted by nippy's neighbors at 8:12 PM