It appeared to be that type of day – hot and humid. The air was heavy making it hard to breathe. The sky hung over the earth like a damp washcloth. Occasionally the sun would peer through in an effort to dry things that only made matters worse.  A nice cool bath was needed.


And daddy said, “Let there be boiled peanuts.”


Didn't I say the humidity was unbearable? And I was dying for a cool bath?   But who wants to share their with muddy peanuts freshly harvested? Not only were we suffering the last several days from not bathing, but the animals in the barn lot were in a predicament. Their water troughs were full of muddy peanuts soaking too.  I'm just thankful we didn't own a swimming pool.


Now, you see, my father is from the Mississippi Delta and grew up as a sharecropper's son with little or no money so when he decided to do something he did it in a huge way. Nothing could be half done with Cecil Blair. It was whole hog or die until he found something else to conquer.


This year it was peanuts, boiled peanuts to be exact, since boiled peanuts had been his favorite since he was youngso naturally it stood to reason that we (meaning family) would share his enthusiasm for growing peanuts and boiling them. We were OK about the planting and harvesting of them since this was mostly his work, but the cleaning and boiling part included us!


And there was evening and morning, the first day:


We didn't dare ask to have some of them parched or roastedno that was not his planwe had to boil themall of them. And not just boiled any old boiled according to his mama's recipe:


2 T thyme to a boil. Reduce heat and simmer for 3 hours.


6 hours until tender. Let stand one hour before serving.


Of meant using mama's stove, both bathtubs and sinks, as well as 15 washtubs that we gathered, including a water trough or two. Plus all the pots and pans from the kitchen as well as borrowed ones from neighbors. Did you look at that recipe? Did you see the to make one batch?
We made dozens of batches!  Dozens of batches!!

And there was evening and morning, a second day:


When the sun was trying to etch its way through the washcloth of clouds and beat its good morning upon the cold tin roof, we were exhausted. I would have loved being able to sit and quietly commune with the morning, but there was work still to do.  Day after day we brought new batches of peanuts to the bathtubs for their daily cleansing.  Day after day we rinsed and rinsed before hauling them to be boiled alive.

And there was evening and morning, a fifth day:

The peanuts seemed to be multiplying. The dirt was beginning to crust on our skin and we desperately needed a bath. We stank. Thank goodness this was summer because I'm sure we would have had to drop out of school because of our odor. I peeked around the corner, but unfortunately, there was daddy still bending over the stove with his overalls, straw hat, white beard and tobacco juice streaming down his chin, merrily laughing at his treasure of boiled peanuts.   There was bustling about as if she had lost her senses (her eyes were bulging and she had a far away look on her face) tryingdesperately, to find places to store all the jars and jars.   She sat and cried.  This madness had to stop.

And there was evening and morning, a sixth day:


Daddy saw all that he had made, and it was good. The jars were filled. The bathtubs were empty of muddy water.  The animals rejoiced at the fresh water and the peanuts were blessed and ready to be shared.  A boiled peanut party was planned for friends at the barn.


By the end of the seventh day, daddy rested.


And we bathed...and bathedran hysterically through the houseand bathedspent hours in showers. And it was good. Very good.

© Nippy Blair 2015.  Posts and pictures on this blog cannot be copied, downloaded, printed, or used without the permission of the blog owner, Nippy Blair.
Posted by nippy's neighbors at 7:01 AM 1 comment: 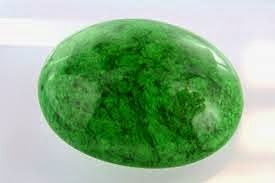 MAMA AND THE JADE STONE
My mama had a mischievous eye. Occasionally she delighted in bringing it out to wink in merriment.. Once when she and I were returning from Grandma and Grandpa George's house in Hattiesburg, Mississippi, she decided we'd drive to New Orleans and spend the night before coming home. I thought nothing about it because I was used to these excursions with Mama.


We stopped for lunch somewhere near Magazine Street. While sitting in the booth, Mama began eavesdropping on the people sitting just behind her. They were talking about a certain large expensive piece of jade from Burma they had seen on Magazine street, and had come all the way from Dallas to purchase it. During the conversation the couple mentioned the shop's name and described the jade in detail. They were going to the shop as soon as they finished their meal. Mama looked at me, a twinkle in her eye, “Quickly finish your meal,” she said. “I know that shop. Let's have some fun.” We rushed through our poboys and left straight for the shop. When the people arrived to acquire the jade, they found Mama at the counter holding that beautiful stone trying to decide whether or not she would purchase it. She kept going on and on about its quality and how her daughter would love to wear it at her wedding. “Don't you think, Nippy,” she said, “wouldn't that look good on your sister?” I nodded, used to playing along. Mama stood silent for the longest time before putting it down. She started to walk away but quickly returned to the counter and examined it some more. The couple was restless and nervous. Finally, Mama asked the owner to hold it for her, that her daughter was in the shop next door and she wanted her to see it as well. Could he hold it while she retrieved her daughter? “It won't take a second,” she said, “I'll even leave my son here until I return.” He agreed. The couple was devastated. I watched the color leave their faces. The wife was about to cry. The man, standing there in his cowboy boots and leather Stetson hat, looked like his temper would flare at any moment. I was afraid that if mama walked out that door he would be rude and force the owner to let them procure it - after all, they had come all the way from Texas for this stone. Mama turned, smiled and greeted the couple while walking to the door, opened it and left. The couple just stood there not knowing what to do. I turned my back on them, afraid to look at the man with the Stetson hat. Shortly, Mama returned and said, loudly, from the door. “Oh, never mind about holding that jade. I can't find my daughter. Come on Nippy, let's go. I changed my mind concerning the jade.” The expression on that woman's face was priceless, tears smeared her mascara. The man practically knocked me down rushing to the counter, checkbook in hand.

Mama and I stood outside on Magazine street laughing.

Mama should have gotten a commission.
Posted by nippy's neighbors at 7:00 AM 4 comments:


There is nothing better than seeing children splash around a flooded street. We got close to 5 inches of rain late Thursday and my question is this...aren't April Showers supposed to disburse over the entire month and not land in one lump sum? In two hours time, the Lord drained the heavenly lake. I'm surprised we didn't see the entire cast of water creatures come tumbling down. Maybe one of those angelic children forgot and left the celestial hose on or his mama got distracted filling that sacred bathtub letting it overflow (surely child angels get dirty tumbling all over the clouds)Whatever, it made an impact here. The water came over our sidewalk which is very unusual for this area of town. It is a strange feeling to see pirogues floating down the street...So I took off my shoes, rushed out the door, paused on the front porch and proceeded in...it was so cold, that first rush of water up past your knees. A flood (pardon the pun) of memories fought for attention in my mind. I was like a child again laughing and splashing around in the street. People stood on their porches and stared. Some murmured things I'm not privy to share. It was total freedom. I was reminded of the Negro spiritual, Wade in the Water...”Wade in the water. Wade in the water, children. Wade in the water, God's gonna trouble the water.”


My sweet mother-in-law died in January and we sold her house on Thursday. The new buyers knew beforehand that it was located in a flood zone behind Brame Junior High School on land that once was my daddy's cotton field. They could have been grandfathered in on the flood insurance but chose not to do so. My heart goes out to this family that just hours after closing had their house flooded. I feel for the daughter that was to live there so she would have a safer place to live. God did trouble that water...well, not God exactly. I know He didn't just say, “See that area of Louisiana down there? I'm mad at them and think I will send so much water on that area that they think Noah has come back to town.” No, we all know better. God doesn't work that way.


It makes me want to question why we, my wife and I, received a blessing for selling the house before the flood and they, the new family, were cursed for buying the house before the flood. But I can't question that because Matthew 5:45 says “He makes the sun to shine on the evil and the good and sends rain on the righteous and unrighteous.” God doesn't favor my family over others. In this case...it just is what it is.


Today, I am awake to a beautiful blue sky and sun that seems to make the earth feel alive and well, with a crispness in the air that makes you want to strike out on a long hike. Life does go on...”Gray skies are gonna clear up, put on a happy face; brush off the clouds and cheer up, put on a happy face.” It is sad for some but happy for others.


Posted by nippy's neighbors at 8:26 PM No comments: