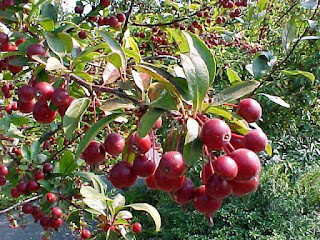 Maybe it is a Southern thing, but my mama loved making crab apple jelly. She used to say that crab apples were one of the best things God ever made. Canning crab apples was next to reading the Bible to mama.

Each year, when the blossoms began to appear, she began to make her plans. 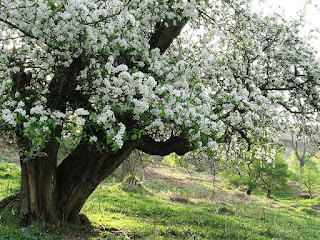 Like a nesting hen, gathering her chicks, mama would gather her supplies. The quart glass jars would be brought out of storage, dusted off, washed and re-washed. She would take an inventory of the number of lids needed. Sealing wax, sugar and lemons were purchased. If the crop looked promising, then more jars and lids would be bought. She'd check her Farmer's Almanac, and research the weather to determine when they'd be at their peak, and ready for picking. She then marked it down in her calendar and cleared several days for she and Annabelle, our maid, to make the jelly. Canning season always made mama happy. She'd dance about the house whistling or singing quietly to herself until the big day arrived.

Mama grew up with parents that canned fruits and vegetables and she loved doing the same. This was serious business for her, that is until daddy ruined the whole mess. This year, it couldn't be helped, but daddy would NOT be out of town on canning week. Horrors! This was a major flaw in mama's plans.
Kicking herself for not being more careful, mama went on with her plans, anyway, praying daddy would not foul up canning week with one of his demands. 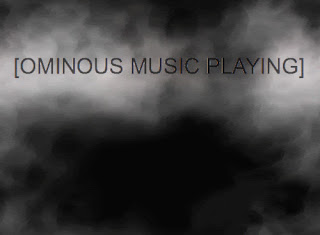 Well, you know there had to be a fly somewhere in this ointment. After all, we are talking Cecil Blair here, the great agitator, meddler of minds, creator of discord.

There were two crab apple trees on the farm, that usually took care of all our needs for the winter with plenty left over to share with friends. 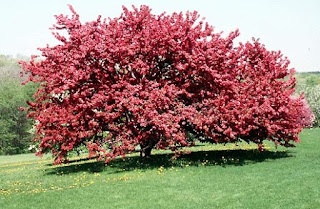 When she saw the first berries turning red and beginning to fall from the tree she called all into action. I, being the agile one, was enlisted to climb the trees and gather the berries. This was a favorite task for me. Most of the time I would forgo the ladder and just climb those trees, holding tight with my legs and toes gathering berries with both hands. Then they would be placed in the bathtub for a clean wash or two while Annabelle removed the stalks, cut off the bottom and any bad parts before transferring them to the stove. Mama would have the saucepans ready, covering them with water before bringing them to a boil for 30 minutes or so. Then she would strain the pulp with cheesecloth or muslin and set them aside overnight to strain in their own time so that the jelly would not be cloudy. Meanwhile, more berries were picked, washed, boiled and strained. When day one was finished, mama breathed a sigh of relief that Cecil had kept himself busy.

Early the next morning, daddy was out before breakfast. He had errands to run he said. Happily, mama and Annabelle began their work while I continued picking berries from our second tree. They looked like a perfectly oiled machine as they worked in harmony around the kitchen. Annabelle continued washing the berries, removing stems and bad parts while Mama measured the juice, added the sugar and lemon. While the jelly boiled, she skimmed off the white froth from the surface so the jelly would not be cloudy. Later in the afternoon, Mama noticed that she was running out of jars and wondered why so many berries were still being brought in. She didn't think our trees were that full. She was exhausted. She called me in and asked me to stop picking the crab apples. I told her I had stopped around nine that morning. 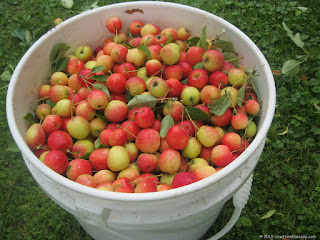 Looking at the berries still in the tub and two bushel buckets sitting in the doorway, her face suddenly hardened.

She wiped the sweat off her face and brushed back her hair. “Where is your daddy?,” she demanded in a not so pleasant voice. “Is he bringing me more crab apples?” I rushed out the door, pretending I didn't hear. Looking out the window, she saw him in the elderly neighbor's crab apple tree. Off came that apron as she stormed out the back door, trudged barefoot to the back of the yard, climbed that fence like a well seasoned acrobat, marched up to the tree and kicked the ladder out from under daddy, leaving him to dangle by the branches of that rather large crab apple tree. Daddy told her that he was being neighborly and helping out Miss Applebaum. He said that since mama was canning anyway that she would be glad to make some jelly for her too. “After all,” he said, “what's a few more crab apples.”

“You can hang there for the rest of the day for all I care, you rascal. Can't you see, I have all I can do just for us? We've been canning for several days. We're exhausted. I've run out of jars,” she shouted. “Why do you do this to me?” She then took the ladder completely away, threw it over the fence leaving daddy dangling there, half upside down, his pants leg caught on one of the branches. As she passed me, she shouted, “I don't care what the neighbors think AND DON'T YOU DARE HELP YOUR DADDY OUT OF THAT TREE!”

I didn't dare while she was still outside. Later that evening after supper, we all had a good laugh about the crab apple fiasco. That is until daddy said, as he quickly left the room, “Are the fig trees ready to harvest?” 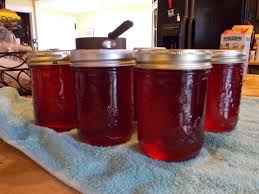 
© Nippy Blair 2015. Posts and pictures on this blog cannot be copied, downloaded, printed, or used without the permission of the blog owner, Nippy Blair.
Posted by nippy's neighbors at 4:59 PM 2 comments: