Daddy had just been elected to his first public office (State Representative for Rapides Parish) under Governor Robert F. Kennon (Dem. 1952-1956) I was nine. 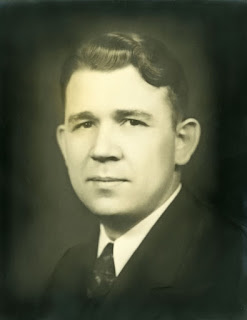 Governor Robert F. Kennon
﻿
I liked this governor. He and daddy were good friends, part of the anti-Long administration. And when I would go to Baton Rouge, I would be left with the governor's secretary while they were in session. I remember sitting at the governor's desk and coloring or reading comic books which were kept in the right hand bottom drawer of his desk. Of course, I like to think that they were kept there just for me, but truth is, the Governor had 3 sons of his own. 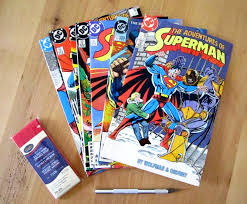 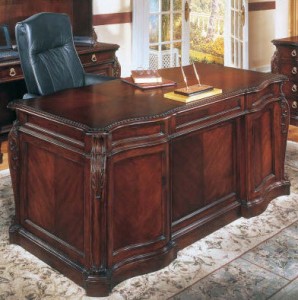 
This story revolves around Gov. Kennon calling on the phone one evening.


Our family was always lively, especially around evening meals. With four left-handed children and two right-handed parents, some of us ran around as if we were in our right minds...which as you know, we were, except for our parents. I remember one fine meal around the time I was 10. My two sisters, younger brother and I were all relating our daily activities, each trying to out talk the other while mama and daddy loudly expressed their opinions to each of us. Actually we were a series of monologues all practicing our parts for some final dramatic performance each trying to outstage the other. I'm sure we sounded like a battle scene in some Shakespearian play 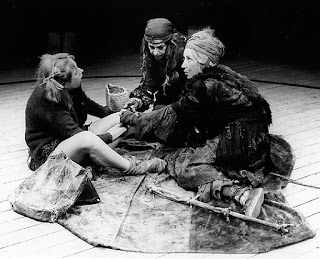 ﻿
When really it was 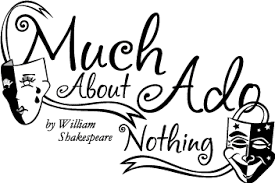 ﻿
and I'm equally sure that if one were to view us from the window we would appear as gorillas in the midst of mating season. Arms flailing, standing, sitting, taking turns moving to mama or daddy for their attention and back again to our seats or someone else's, sharing each others meals without anyone noticing whose plate they were eating from. 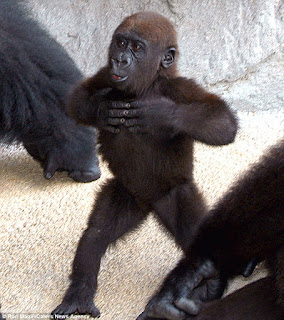 ﻿
Mama could have thrown the food on the floor for all we seemed to care. The noise must have been deafening. Yet we all seemed to be getting the attention we desired and all seemed to be able to fully understand the conversation going on around us. 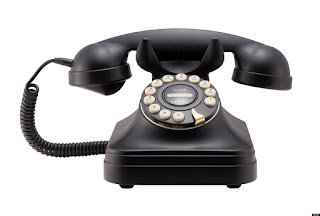 Suddenly the phone rang.
Of course it would be for daddy. Being a politician's family left us open for interruptions at any hour, day or night. The farmers who got up early would call their senator at the crack of dawn and the night owls would call sometimes as late as midnight. Sometimes they would just show up in person...kept us on our toes as to clothing outside of the bedrooms.


Daddy answered. “Hello. Yes, hello Gov. Kennon. No this is a good time. How are things down in Baton Rouge?”
Looking like a pack of well trained seals, we all fell silent or at least reduced our noise to a few giggles and whispers while moving back to our places and eating our meal while they talked.
Suddenly my brother, Bob, always the clown, could stand it no longer and got up and began a Groucho walk around the table, through the kitchen, into the living room and back through the den.

﻿
One by one we joined him in this merry silent protest, each walking bent-legged through the house, flicking our pretend cigars by daddy as we passed him on the phone every time we came around.

﻿
﻿
After mama joined the troop, we could hear daddy say apologetically, “Could you hold one a moment, Governor? I'll be right back.” Daddy stood up, squatted to the proper stance, flicked his cigar and joined the procession, as the caboose, one lap around the house. 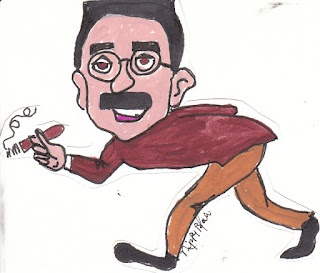 ﻿
We were stifling our giggles as daddy sat back down, picked up the phone and said, “Now, Governor, as you were saying, sir....”
© Nippy Blair 2015. Posts and pictures on this blog cannot be copied, downloaded, printed, or used without the permission of the blog owner, Nippy Blair.
Posted by nippy's neighbors at 12:09 PM 2 comments:

© Nippy Blair 2015. Posts and pictures on this blog cannot be copied, downloaded, printed, or used without the permission of the blog owner, Nippy Blair. 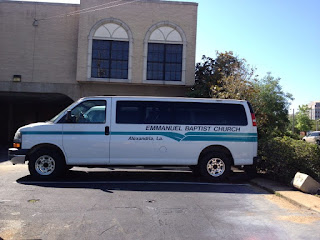 ﻿
OK. Yes. I drove a day school bus for several years. Big deal. It was the best job I ever had. But first you need a little background: 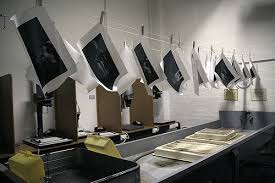 After 3 years in the Army as a photo lab specialist, one of those in Vietnam (that is another whole story someday), I went back to La. College and finished my degree.
I went straight from college to Central Louisiana Mental Hospital where I worked...no, really. Work is the operative word here. I have proof.

I worked as an Art and Dance therapist for 10 years.
But I wanted to spend more time with my family so I decided to teach art in the public school system, after all, I did have a degree.  I got a job teaching art to Junior high students...the only difference between Central and Jr. High was that I had more students in my Jr. High classes. And that's the truth. I taught 3 years at Jones Street. But after those three years I was laid off for a few months.

Now, granted I had a chance to have a job teaching art again, but the school they wanted me to transfer to had no windows for creative minds to get inspiration.

And we only had small desks like in regular classrooms (not that there is anything wrong with that...but really? For an art room?) And there was no teachers desk or water supply. The student would have to go out a solid classroom door, around the corner next to the restrooms to retrieve water...I can't think of many teachers that would allow that to happen...they may never see the student again.

Sure I needed a job and sure, Frances had a job and we would be all right for a spell. But, I really... No, I mean, really, liked not having to get up and go to work early and make lesson plans and deal with all the stuff teachers have to do. I flat turned it down. The guy at the school board looked at me as if I were crazy.

OK. Yea, I did have trouble finding a job at first but then I got a job working at Emmanuel Baptist Church driving the day school bus for 2,3 and 4 year olds. I had the joy of being nice and kind and sweet and considerate and cheerful and peppy and happy and courteous every day to such bubbly children. It was a piece of cake. Besides, I was used to being up early and I adored children, especially the little ones who were still too afraid and unsure of themselves to be sassy or talk back...and they have the most open minds about changes and life and love anyway. This was the most perfect job I could ever imagine...now, the pay wasn't much as far as cash goes but the experience of being with them twice daily far outweighed any other benefits. I had a blast.

A lot of you are thinking, “how boring”. Nope, it wasn't boring for me. I had fun with the little darlings.

We sang songs, told knock, knock jokes, and pretended we were going to far away places, like Timbuktu. 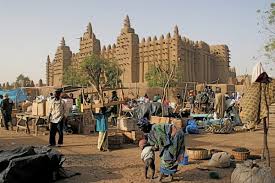 
I listened to their concerns and joys. I received hugs and hugs  and hugs.

I found out things about their parents that would make you blush. ( I really had to keep a straight face when I met the parents after their little precious spilled the beans about some fight or some thing their parents did that shouldn't have been mentioned in public.) These kids, once they have your confidence, will tell you anything...and they did. I felt like Art Linkletter (yea, I know, I dated myself).

Sometimes, I would ask if they had read any good books lately, or what would they recommend I read...and they would tell me. 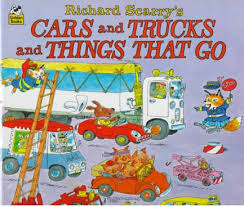 Sometimes, the route would be a little faster, due to an absence, and make us too early for the teachers.   I would have to go slower and make trips to Timbuktu, describing the places we were traveling to or what animals might be hiding in the trees. You would have loved seeing their faces as I described Timbuktu...priceless.

We even made a brief stop/trip on Elliott Street (my regular route) to see the yellow fall leaves of the Ginkgo trees and gather some to share at school. 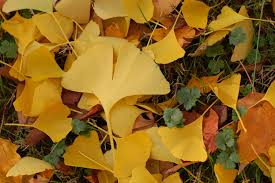 On the railroad underpasses we would raise our hands as if riding a roller coaster, and shout, “Wheeeee!” or I would shout for them to raise their feet so they wouldn't lose their boy/girl friend. If we had to stop at a stop sign for lots of traffic, we all learned to say, loudly, “Shut the gate!” or “Hold your hats,” if we turned on a street. Twice a day we would do this...such joy.
OK. You want the stories. All right, here are some:

I picked up two little girls from a sitter's house, they were best friends. One of them had moved to the country and was telling me about the Banty hens they just got. 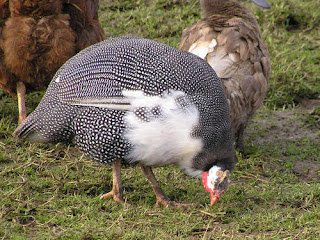 
One little boy did not want to go to school and was not happy riding the bus. He sat there with his hands crossed, his lips pursed and a scowl on his face all the way to Emmanuel, staring at me with the meanest expression. When I was walking him to his classroom, we passed Ms. Toni, the director and a friend of the boys mama. Without even looking at her or stopping, he said to her, under his breath, “Call my mama.” 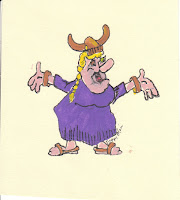 One day, I asked what should we sing. Little Aaron who was living with his grandmother, a wonderful singer, and soloist, said, “Let's sing like Ms. Lucy” and crossed his arms like the viking opera soprano and loudly sang, “A aaaaaaaa.” throwing his arms out and up with great dramatic expressions. I nearly ran off the road that day.


I had jury duty once and had to miss a day driving. Judge Metoyer's children were two I picked up. 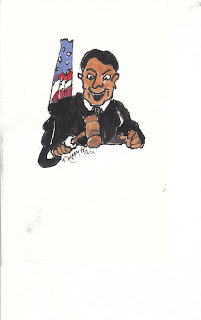 When it came time for me to be questioned, he said, “Hello, Mr. Nippy. My children adore you. They are not happy that you didn't pick them up today. They quote you all the time and correct me sometimes by saying, 'Mr. Nippy doesn't say it that way'.” The lawyers were busy scratching my name off their list. I was back at work the next day. 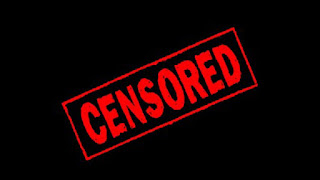 I also got to meet mamas that weren't always properly dressed to greet me...there was one who always (even after I implored her to clean up her act) met the bus in her see through nightgown with nothing on beneath. Very embarrassing...it got to the point that I refused to pick up this little girl because of her mama.


The wheels on the bus go round and round...round and round. Thank you God for the innocent little children that allowed me to be a part of their incredible lives. I still hear from mamas or grandmas while roaming about town, asking if I am Mr. Nippy, or grown kids in graduate school who remind me of things we did on that magical bus.
Posted by nippy's neighbors at 12:30 PM No comments: