MAMA AND THE AIR CONDITIONER

So here it was, the beginning of July in the middle 1950's and it was hot. So hot that mama kept mumbling, “Springs sprung, Fall's fell, Summer's here and it's hotter than hell.” We were miserable. The heat that summer was unbearable. Sure, we had been in our new house out in the country for only a couple of years. “It's cooler in the country, you know,” daddy said when we built this ranch style house. “Yet, we are still hot,” mama said. “You'll get used to it,” daddy said. Mama didn't. She asked for ceiling fans. “Too expensive to have all those fans,” daddy replied. “Besides, there are still things that have not been finished yet, like the barn being built, or the dog pen for my hunting dogs. I don't even have a decent place to fatten a hog. Besides, we have lots of windows opposite each other and tons of air circulation. You'll be all right.”

Mama huffed from the room saying under her breath, “The wind doesn't always seem to favor blowing all the time for our pleasure, you old skinflint. We are hot, you miserable old tightwad.” Mama was more determined than ever to be cooler. The next week, while daddy was gone, she researched air conditioners for the windows. She had men come out and measure and quote prices, carefully writing down all the details and different estimates. She presented them to daddy when he returned. Taking one look at them he said, “Are you kidding? That is too expensive.” This really made mama hot. No, mama didn't “glow” like all true southern women. Nor was she the type of hot where you sweat buckets. She was so hot her blood boiled.

To everyone else, life seemed to be fine for the Blairs. Daddy had been elected to the State House of Representatives and making a life for himself. Even his business, Blair's Pest Control, was going well enough. Well, for him at least. He didn't need air conditioning. He wasn't home that much any more and when he was he was outdoors on his tractor, planting or harvesting the cotton and corn we grew on what is now Mohon Street and Brame Junior High School. And if he wasn't there then he was out playing politician. We were the ones who had to suffer.

Meanwhile, mama stopped cooking steaks and big meals using the oven thinking that would make him change his mind. No, he began to eat at Effie's Restaurant with his cronies, while we ate peanut butter sandwiches. Nothing seemed to work. Meanwhile, the barn wasn't being built; the dogs still had their little pen and the hogs shared the barn lot with the cows. Daddy continued finding ways to not get things done. He was too busy, politicking, or he had to go hunting or fishing, were his excuses. Mama just got madder.

One day, in early August, daddy came home with a brand new bass boat, the latest model. It had all the bells and whistles, wonderful motor. Everything a fine fisherman needed to enjoy on his days off. Mama hit the ceiling, but held her tongue.

Two weeks later, the legislative session began and daddy left for Baton Rouge. The first thing mama did was call the dealer that gave the most expensive quote and ordered air conditioners. She told them to install window units in all three bedrooms, the dining room and living room as well as the laundry room and to send the bill to Blair's Pest Control where it would be paid promptly. “Oh, and please write at the top of the ticket, in bold letters, 'Thanks for the bass boat.' We love it,” she told them. They did.

Daddy never said another word and we no longer had to wring our sheets out every morning after waking. Life was cool for all the Blairs. I think my daddy learned a lesson that day. He learned to never underestimate the power of a hot, mad woman.

© Nippy Blair 2015. Posts and pictures on this blog cannot be copied, downloaded, printed, or used without the permission of the blog owner, Nippy Blair.
Posted by nippy's neighbors at 9:17 PM 7 comments: 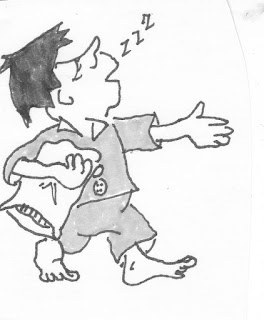 My brother and I were unlikely roommates. He and I are as different as night and day. He has been a good ole' boy from head to toe since the day he was born and I am, well, I'm not sure what category I fit into. Bobby is four years younger than me. Since the day he was born we were roommates until I left for college. Something neither of us cared for.

Bobby was born not long after we moved into a large two story house in the Paradise community. 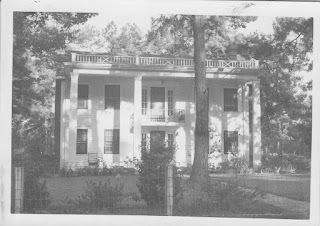 Our room was upstairs with a screened porch adjoining it that we played on.

When I was nine and Bobby five, I owned a toy Roy Rogers Ranch set, complete with the fences and buildings for Roy and Dale, Trigger and Buttermilk and all the animals. I was particular about my toys. I would place them in a corner and play with them for hours, keeping things nice and neat, carefully putting them back in the box when finished. 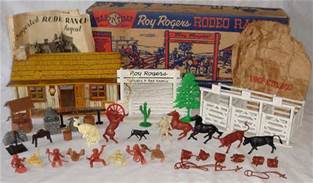 Bobby loved destroying things. He lost one of the horses and broke one of the fences. He also had some pet white mice that he removed from their cage. These critters chewed on Trigger and caused him to lose a leg. I was furious. I told Mama that I wanted a room all to myself. Of course, that didn't happen. I was told to just be more careful.

The summer before I went to the fourth grade, Daddy built us a ranch style house on Jackson Street Extension, out in the country. 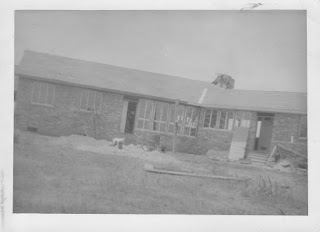 It had a long hall that separated the living quarters. There was one house on either side of us and corn and cotton fields all the way back to MacArthur Drive. Our pasture went all the way to Prescott Road. The house was huge. The fireplace alone had enough bricks in it to build a small house. I was excited because I thought I would have a room all to myself. I didn't. The bedrooms were off the long hallway, ours first and then my sisters. We didn't have real doors, just an accordion style folding screen in place of one wall that separated us from the hallway. This was so we could have cross ventilation since there was no air conditioning. Mama and daddy were at the end of the hall with a real door, and a small window unit.

I didn't like that my brother and I had to share a room again and even worse, Daddy had a headboard custom made by Leonard Lemell, our faithful carpenter, that had a shelf for books and stuff. Our two single beds were side by side with only a foot between us. I hated it. At least we each had our own closet and built in chest of drawers.
My side had pot plants and books neatly arranged. 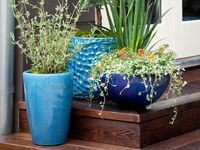 My clothes hung in the closet with short sleeves first, then long sleeves, then pants, all facing the same way, neatly spaced. My underwear and tee shirts were carefully folded in the drawers. I constantly told him, “Don't touch, that's mine.”

Bobby had jars of pickled rats and snakes.

He had clothes strewn everywhere, skulls of dead animals, wads of bubblegum stuck on the headboard. His closet looked like the Tasmanian Devil had taken up permanent residence.
After about a year, Daddy, having gotten tired of our fighting, put the headboard divider down the center of the room giving each of us our own space. This was as close to heaven as I would get, daddy said. This was fine, but the only problem was I had to pass his side of the room to go to the bathroom. We co-existed that way for years, fighting often. I still had to live with a brother that would place his cat on me after I was asleep. Have you ever been awakened by a cat sucking on your neck in the middle of the night? How that poor cat survived, I'll never know because it was slung up side the walls too many times. He also found great pleasure in sneaking up behind me and choking me until I passed out.

One night, after both of us were asleep, daddy thought he heard a burglar in the house. He walked quietly up the hall searching.

When he got to our room he found me sitting up in bed talking in my sleep and Bobby sleepwalking. 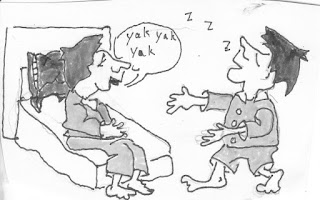 Bobby became a regular sleepwalker after that night, and I continued to talk.
Soon the trouble began.
Bobby didn't just leave his sleepwalking to our room only. Since we had no real door, he began wandering the hall to my sisters' room or into the kitchen. Once he thought he was going to the bathroom and ended up going in the refrigerator. Mama had a chain and lock placed on it after that. Mama and daddy discussed things with our next door doctor. He said that when Bobby was sleepwalking we were not to wake him suddenly for fear of causing trauma. So we put up with him wandering the house during the night. It became a game like “Where's Waldo”. Every morning we would search closets and rooms to see where my sleepwalking brother finally bedded down. We got used to it.

But one night, he left the house by the door on the hallway. He was found sleeping on the patio in the back yard. Since we lived in the country, we hardly ever locked doors. We had to lock the door, now. He found other doors. When someone forgot to remove the key, he would unlock the door and head outside. Soon, he didn't just leave the house and sleep in the yard, he began wandering to the barn, or was found in the pig lot or in the pasture among the animals, quietly sleeping with his pillow. We even found him in the nearby woods off Prescott road. Mama was beside herself and threatened to place a chain and lock on him at night. Maybe she should have. All of us were losing sleep.

Securing the doors became a hard-and-fast rule. But that didn't stop him. He still managed to escape. One morning, we found him on the grass under the China berry tree, in our neighbor's pasture, fast asleep. All the doors were still locked and keys accounted for. This happened for several nights. I was put on watch, after that, to see how he escaped. I really hated that, but at least I didn't go to sleep first to have that cat thrown on me. That rascal had found the wood box next to our huge fireplace. The wood box opened to the den and also to the outside so we could load firewood from the woodpile without tracking the wood across the living room. No one ever thought that it should be locked. Bobby had managed to crawl through that space and leave the house.

Bobby finally stopped walking in his sleep. The reason? One night he went outside and fell into a ditch filled with water, frightening him alone out there in the dark. He managed to get to the house and bang on the door until someone let him in. Bless his heart.

I do know that after that he was always in his bed every morning, and we continued being horrible roommates.

© Nippy Blair 2015. Posts and pictures on this blog cannot be copied, downloaded, printed, or used without the permission of the blog owner, Nippy Blair.
Posted by nippy's neighbors at 10:31 AM 7 comments: