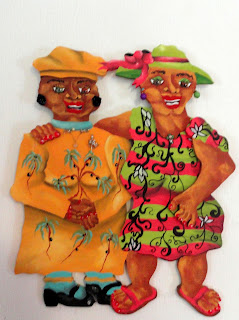 I realize that it has been a while since I last posted anything but I have been busy, one of which is working on a book I am attempting to publish with my artwork and stories.  So today I thought I would share one of my fictional stories.  I hope you enjoy this abbreviated version. Nippy

MONA AND PATTY
Mona and Patty are sisters that were recently re-united after 40 years. Orphaned, they were sent to the Masonic Children's home. The girls were 2 and 5 at the time. Patty was adopted immediately but lived a terrible existence with her abusive adopted parents. Mona stayed at the Home and lost track of her sister.
After high school Mona went off to college. Patty married to escape her abusive situation.
Mona: “ My sister was adopted and I was not told the details. I was all alone. I needed my sister. My escape was in books. I studied hard and made the honor roll. I went to college and received a degree in sociology. After several years working the system, I worried about the hundreds of children falling through the cracks of government red tape. I was burned out. So I quit my job and moved to Alabama where I became involved with Dr. King's vision. I went on some of the marches with him but I felt, at that time, that it was the wrong path to take. I was so wrong. Instead, I focused my energies on the Salvation Army, eventually joining them. Ultimately I was transferred to Alexandria, La. My hometown. I wanted to find my sister.”
Patty: “Well, I wasn't married long. That scum started beating me up. He was in the military and went to Vietnam. I heard he was killed shortly after deployment and I was left a widow with no job skills, education or family. I tried to get benefits but I learned he had never listed me as his wife. I had no idea how to prove to them that I was. There were no records. He had even destroyed our marriage certificate. I didn't know what to do. Depressed, I bounced around for years, becoming a prostitute to survive, which led me to alcohol and drugs. I have been homeless most of my life. I don't know why I hopped a train and returned to Alexandria but I did. I went to the Salvation Army and that is where I met Mona. She said I was her sister. I couldn't believe it. I never knew I had one. She has been so good to me and has taken me in and helped me get the help I needed. Thank you Lord. There is a God.”

© Nippy Blair 2015. Posts and pictures on this blog cannot be copied, downloaded, printed, or used without the permission of the blog owner, Nippy Blair.
Posted by nippy's neighbors at 1:08 PM 4 comments: