I met four Louisiana Governors because of Daddy.  He was in the Louisiana Legislature as a Representative and then State Senator from 1952 to 1976, so I met Robert Kennon, Jimmy Davis of the “You Are My Sunshine” fame, John McKeithen and Edwin Edwards.  Growing up, I always felt like I was in a “goldfish bowl” (my mother’s words, not mine.)  We were to be seen and not heard most of the time.


However, because of Daddy, I was able to attend inaugurations and parties held by governors around hotel swimming pools.  I even sat in one governor’s desk and read comic books whenever they were in session (yea, I was nine).  I had even been to the governor’s mansion on more than one occasion. It seemed a magical life, for a boy who was free to roam the state capital grounds with the Lt. Governor’s son, climb on Huey Long’s statue, and pretend to give tours from the top of the capital to visitors.  In my teenage years I was even a senate page.  I thought it cool that governors knew my name (even if it only was, “That’s Senator Blair’s son.)


So, when Daddy officially retired, I felt that my years of meeting governors was over.  Yet, years later, I   met another governor.  The first female governor of Louisiana, Kathleen Babineaux Blanco, governor from 2004-2008, was one that I admired a lot.  I met her after that horrific Katrina disaster that ruined many lives and certainly complicated hers.


So now I’m sure your question is, “Who is this Elroy Gremillion up in the title?  I thought this was about your experiences.  How did this Elroy know the Governor of Louisiana?   What is this all about?” Well, I’ll tell you.


Those who know me, know of my whimsical art pieces of people.  I loved cutting them out of wood and giving them a name and a story, (you know, sorta like, “Who’s your mama and dem?”) One such piece was Elroy Gremillion.  Yes, Elroy is a figment of my imagination, but Elroy is different from the rest because he was the first one which was created with an entire painted background, complete with a decorated frame, (half of an old screen door).  All the previous pieces were single people.
ELROY GREMILLION 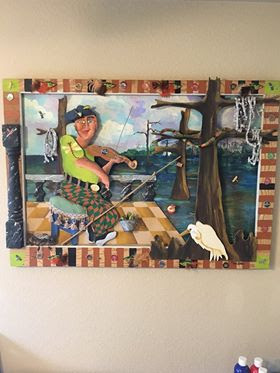 This is his story:


Psalm 28:6-7    Praise be to the Lord, for he has heard my cry for mercy.  The Lord is my strength and my shield; My heart trusts in him, and I am helped.  My heart leaps for joy and I will give thanks to him in song.


Elroy Gremillion was a bitter Vietnam veteran who turned to drugs and alcohol.  He lived in a cardboard box in the back room of a bait stand on Main street in Pineville, Louisiana, when the weather was good, and in shelters the rest of the time.  I met him at the Main Street Mission, two doors from the bait stand, when he came for a meal one day. (Several from our church served meals twice a month at the mission).  We began to talk over the next few weeks.   It was here that he shared his story.


Elroy had a lot of hatred about the way he was treated upon returning to the states, and a lot of nightmares of the horrors he experienced fighting in Vietnam.  It was bad enough, he said, that he had to live in dirt and mud while constantly fearing for his life fighting in a war that no one wanted.  Upon returning home he was spat upon and cursed at the airport.  This seemed to be the last straw.  At first, he returned to New Iberia, his hometown, but was treated with the same disdain.  His life spiraled downward after that.   Elroy’s only relative, his sister, kicked him out.  They drifted apart after that. Unable to find a job because of his anger toward people, Elroy ended up on the streets, another of the number of the invisible homeless veterans.  Elroy continued displaying his anger toward others until this one night when he was restless and unable to sleep.  He heard some music.  He gazed out the window searching for the haunting melody, a beautiful rhapsody, he thought, that rippled among the pines.  Unable to find it, he relaxed and slept soundly that night.  When the sun rose, he greeted the day with thanksgiving.  All day that melody penetrated his thoughts.  The owner of the bait stand told him the music came from two doors down, at the mission.  Elroy said he seemed to know the music, but it was as if hearing it for the first time.


Main Street Mission became his salvation.  People were different there.  One day he asked the man in charge, “Will you teach me the music?”


As he became stronger, less angry, Elroy discovered how to love again and eventually began to help others who had lost their hearts so they, too, could learn the love of God.


Elroy’s story is not that complicated, and, like all of us, he is still discovering himself and his purpose in this world.
ART SHOW IN NEW ORLEANS 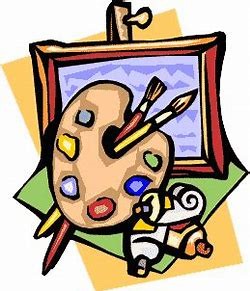 In July of 2005, I had a one man show on Magazine Street in New Orleans.
Elroy was one of the pieces that I had exhibited.  It was a festive, summer evening, with people strolling down the street, stopping at galleries open for the art walk.  I had invited lots of friends and enjoyed a wonderful reception, even sold a few pieces. It was a lovely time with good food and friends.  The show would hang until the end of   August.


On August 23, disaster hit.  Hurricane Katrina came to town.
It was the third major hurricane of the 2005 season and the fourth-most intense Atlantic hurricane on record.  Eighty per cent of New Orleans was flooded due to breeches in the levee system.  There was looting and crimes. People were stranded in the Superdome.  Life in New Orleans seemed to have ended.


I was unable to retrieve my art pieces from Magazine Street.  I didn’t know if the gallery was flooded or if any art was safe.   I tried to contact the owners but received no response.  They had left the city.  After a great deal of searching I turned to a friend that was a state trooper, temporarily assigned to New Orleans to help crowd control.  He eventually found time to go by Magazine Street and informed me  that the building was locked and not damaged by water.  Everything was dry.   Nothing was looted.  The trooper arranged to return my art whenever he came home.


Like the Katrina Rose, Elroy had survived the devastation of Katrina. 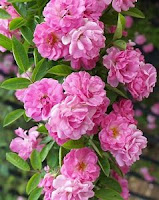 Who knew, that after enduring Katrina, there would be more to Elroy’s story?  Who knew that the Governor would one day meet Elroy Gremillion? That they would become friends and hang out in the Governor’s Mansion together?  Certainly not me.  Perhaps they met when Governor Blanco oversaw the massive evacuation of 93% of the New Orleans area.  We will never know.  Maybe he told her they had something in common, both being Cajuns from New Iberia although I doubt their paths ever crossed during Katrina.


Kathleen Blanco was the 54th and first female Governor of Louisiana when Katrina struck.  I have always had a lot of respect for her.  (Understand this.  We are not going to talk politics here about what troubles Katrina caused her or her career).  The Council for a Better Louisiana gave Blanco it’s Robert B. Hamm Award for Distinguished Service in recognition for her work in improving education in the state and for guiding the first pay raise in years for public school teachers.  She said, “Education was the best way to lead people out of poverty.”


In March of 2007, I was accepted to participate in the Governor’s Sixth Annual State Home Showcase of Art.  I was one of seven artists from the state asked to participate.  A committee, including Governor Blanco selected the art to hang for one year in the Mansion.  My piece, Elroy Gremillion, was selected.  In April, my wife, Frances and I enjoyed the unveiling of the art reception in the Governor’s Mansion where all of us artists had our picture taken with the governor.  We were given a tour of the mansion. It brought back memories of being there in the past.  Beautiful art pieces, from the other artists, hung throughout the building.  Searching for mine, I was surprised to discover that Elroy hung directly in front of Governor Blanco’s desk where she could see it daily.  Later, she told me she wanted it opposite her desk because it made her smile.  He reminded her of her Cajun roots.  I can only imagine what stories Elroy heard and what laughter and tears he witnessed.  I often wonder if she talked to him, late at night, of her frustrations.


Old Elroy Gremillion has had quite a life.  He survived Vietnam and then Hurricane Katrina before meeting the Governor of Louisiana and hanging out with her for a year.   Elroy must be kin to Forrest Gump!  Ha!


Note:   It makes me sad, that as I write this memory, Kathleen Blanco is under hospice care because of cancer.  I wish her family well during this time.  May she transition without pain.  She gave me a wonderful memory that I will forever cherish.


Nippy.   April 26, 2019
© Nippy Blair 2015. Posts and pictures on this blog cannot be copied, downloaded, printed, or used without the permission of the blog owner, Nippy Blair.
Posted by nippy's neighbors at 11:41 AM