My father was a passionate person with many interests. When he became enthusiastic about something he would do everything he could to learn all there was on the subject and pursue it with his whole heart until he lost interest, which was often, and then it was on to new quests. Take for instance, 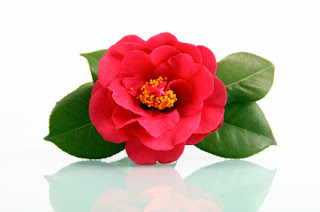 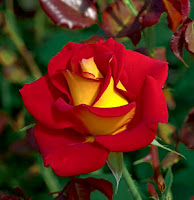 He loved flowers.
﻿
Camellias and roses were his favorite.
I remember him sitting in the living room nightly perusing magazine after magazine, learning the best way to plant, prune, and water them. He learned how to grow bigger flowers and how to graft them to create new species. 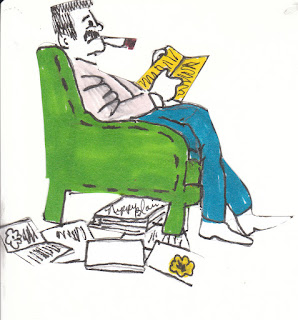 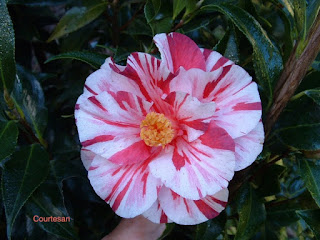 ﻿
My dad decided one day that camellias would be the perfect plant to place around the yard. So we soon became the owners of 300 camellia plants with such names as Alba Plena, Angel, Apollo, Candy Stripe, and Finlandia variegated. These were placed along the edge of the yard next to the pasture lane (what is now Mohon Street in Alexandria). Others were placed around the house, and in beds in the huge back yard. Daddy even created a grassy walking path that wound around a part of the yard like a maze, all lined with camellias. I remember many an afternoon placing protection around prize flowers and coddling them for a flower show or arranging covers over prize plants when the weather might destroy a particular bloom. Many weekends in the fall we would be up early cutting the prize blooms and transporting them to camellia shows.


One ot the perks with having camellias was that once a week I got to bring a single flower to each of my favorite teachers at Cherokee Elementary: Mrs. Caillouet, Mrs. Maxa Salter and Mrs. Ward-Steinman .


In the summers when the weather was really hot it became my job to water the 300 bushes twice a week. 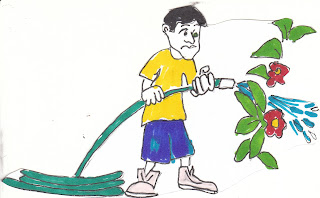 ﻿
I was given a stop watch and the hose and told to place the hose at the base of each plant and water them for 5 minutes each. Can you imagine how many hours that took?  Do the math. I watered camellias 6 days a week all summer long. I would set the stop watch and play until it went off before moving the hose...day after day. That was a boring summer.
After daddy conquered camellias he discovered Roses. 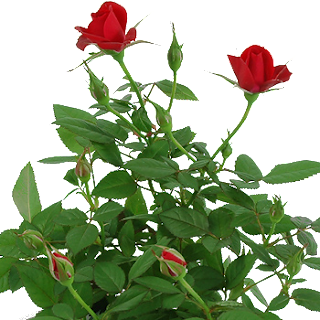 ﻿
Again, night after night we talked roses around the supper table. Books and magazines on cultivating roses were soon growing in piles around his chair. It wasn't long before he made a trip out to Forest Hill to purchase rose bushes.

Not just a few rose bushes, oh no. He planted 3000 bushes. 3000 glorious bushes of roses planted in rows, like those in Colombia, South America, just to the left of our pasture lane. 3000 rose bushes of every color you could imagine. 3000 roses that I feared would be my destiny to water forever tethered to a garden hose.

Thankfully, daddy installed a watering system.
I loved these roses even more. My favorite escape would be to visit that aromatic hide-a-way late in the afternoons when the sun was getting tired of its day; when chores on the farm were finished and the sensation of the rich soil was cool to my bare feet. I remember silently lying down in that soft dirt and just taking in all the colors that were glistening above me - sometimes against a blue sky or a sunset that competed with the roses and sometimes against those cumulus clouds that beckoned me to cavort among their billowed mountains. There, I might wander to far off places of adventure or meander on a creative rendezvous with my muse, occasionally lulled to sleep by the perfumed bouquet. This was my liminal moment before “heading to the barn”.


One of the reasons I loved these roses was daddy's generosity toward people. He found a way to have a new passion and still keep his current one. Daddy decided to deliver roses to people in hospitals (Rapides and Cabrini). Now in order to do this he needed a plan. First he contacted the hospitals and determined the number of rooms in each, then he bought two vases for each room. Why two, you ask?  Well, one to put the flower in and one to bring home for the next delivery. Then he collected wine boxes with the neat little compartments to put the vases in. Of course he had to have a container to hold the boxes so he devised a wooden crate that fit in the back of the station wagon (the back of the truck would cause damage to the roses).


The next Saturday, I was awakened by his shrill whistle at dawn. “Get up, son,” he said, “we need to cut roses.” After filling the vases with water we began to cut the rose buds and carefully placed each in a vase and then into the car. Then we transported them to the hospitals. Now, here is where the story becomes more interesting. Daddy had this fear of hospitals. Would not step very far into the them. I never understood this. Here was a man wanting to deliver joy and happiness to people in need, and he was afraid to do so himself. It was my job, now, to visit the rooms. So off I went visiting each room on each floor, placing a vase of roses in every room and picking up the old vase. Sometimes stopping to chat with a person or two. I loved those days because I got to receive all the praise for such a thoughtful gift from people I didn't know. Daddy had no idea what joy he was missing...or maybe it was his ploy to develop a caring attitude, in his son, toward those in need...who knows. I just know that I loved my Saturdays and delivering roses to people in hospitals. 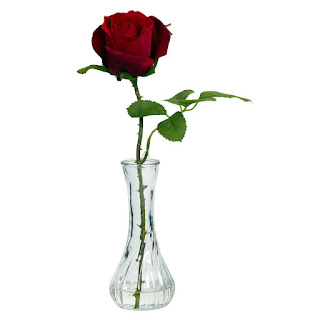 Cudos, daddy. Thanks for this memory.


© Nippy Blair 2015. Posts and pictures on this blog cannot be copied, downloaded, printed, or used without the permission of the blog owner, Nippy Blair.
Posted by nippy's neighbors at 4:48 PM